The dream this morning.

I was the new caretaker of a church. A very unpopular church.
Beautiful but vacant. 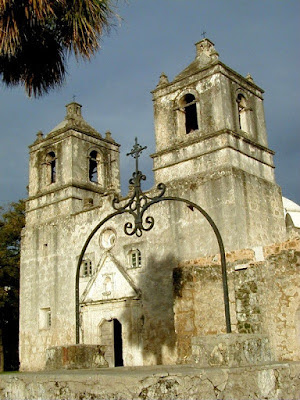 I was outside in the side garden watering the plants, the dead plants, and oiling the pews at the same time. Apparently the pews can be carted outside and thats the best place to treat them with wood oil. 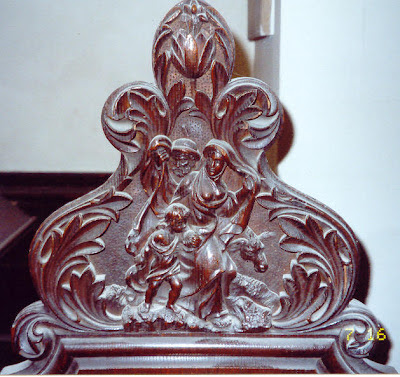 The oil seems to bake in the sun and does a sort of "deep treatment" to the pew. Anyway I was watering the dead plants and this nun comes out to talk to me.
She came out into the side garden thru the smoked industrial glass doors. 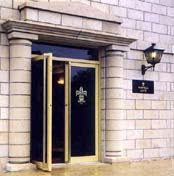 Clearly these door were a 1960's addition to this church as they seemed to be out of place with the Moorish style of the church.
This faceless nun come up to me and says "Patches will be here to entertain shortly. Please HELP out and ask questions. The children don't respond well to sock puppets nowadays. Now Patches will set up behind one of these pews and you'll be able to ask her anything you like. Ok?" And with that she went back inside. 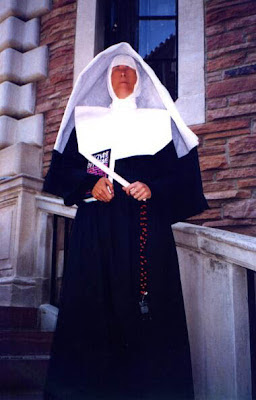 I coiled up the
green garden hose and examined the pews. They looked great. Deep dark wood shining in the morning sun. So, I find a nice shady part of the front pew and sit and wait for Patches.

I could see thru the smoked glass doors that someone was coming this way. I could see the reflection in the marble floor clearer than I could see the actual figure. It was a woman dressed as a clown with a tubesock puppet. She came out to the side garden and settled into place behind the stage pew. I thought she was there behind the pew to hide the bottom part of the sock as to give the illusion that it is not just her arm in a tubesock. Nope she didn't care about that it was clearly a clown with a sock on her hand.
Her clown outfit was questionable too. It was a mans black sport coat and brimless fedora with the only make up being dots on either side of her leathery face. 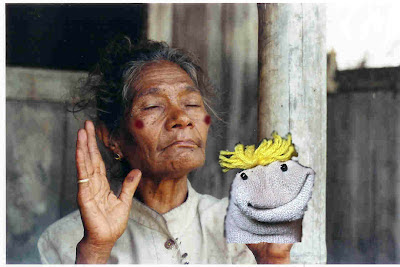 As I watched her get into position for her show I sensed the presence of people in the pews behind me. I was about to turn around to look but as I was about to the faceless nun scooted by me and said "I think before you ask any questions you should bark like a dog." and quickly went inside the church.

The clown mumbled at her socked fist. It sounded a lot like:
"goriesen CHRIST mayalpo sooner for JESUS and you want to." The sock just gestured as only a sock puppet can, mouth open, look around, mouth closed.
I wanted to ask a question but felt silly having to bark before-hand so I coughed and asked my first question.

(COUGHark) "Excuse me. Which one of you is Patches?"
"She is" says the leatherfaced hoboclown.
"UMMMMmmm How long have you been doing this?"
"I am a seasoned entertainer Sonny..." I cut the clown off
"I was talking to Patches." 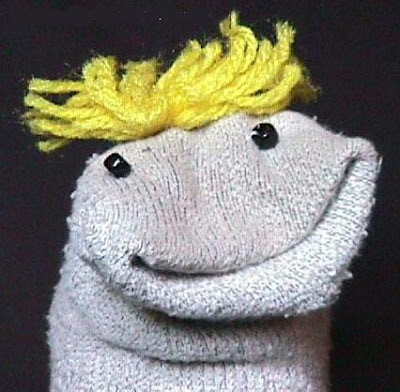 I woke up just as I was clowning the clown.
Posted by Gavin Elster at 10:01 AM

Now I understand the phrase, "Can't sleep, clowns will eat me!"
Odd.
That's all, odd.
I have too many weird associations for things to ever have dream imagery analyzed by a dictionary. Have you ever looked at those? I'm sorry, but some odd meaning from the middle ages of a glass of water with a ring in the bottom is not what my subconscious was referring to. And Donuts don;t make me think of indulgence but church on Sunday as a kid and of a certain boyfriend.

I'm always awed by your creativity!