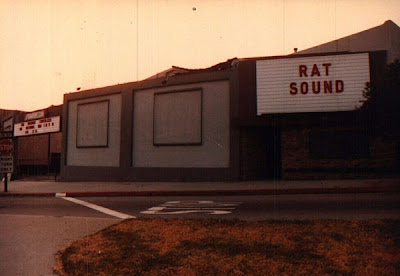 The Starwood
It had been a fashionable nightclub called PJ's in the 1960s, which attracted a large number of film and TV personalities. During its incarnation as PJ's, The Standells, Jerry Wright and Trini Lopez all recorded live albums there.

In the 70's it was one of the leading Rocker clubs in Los Angeles. Today it is only a memory.

It seems an anomaly for one club to rival the classics of the Strip (Roxy, Whisky, Troub, Rainbow) in both bookings, and as a notable hangout spot, for such a short time and then die out.

And it didn't meet its demise for lack of interest. That apparently had more to do with its destructive nature. In 1980, the L.A. Daily News warned readers that The Starwood was "for the hardcore only." It had "long drawn the ire of local residents and for good reason," and was owned by Eddie Nash, the alleged mastermind of the Wonderland Murders. The club lived a short life on the edge, like a rock star who dies of an overdose. That's where the analogy ends, though, since the dead rock star achieves legendary status, while The Starwood got bulldozed and became a gourmet deli.

The Starwood wasn't on the Strip, but it certainly was part of its 70s and 80s legend; a legend that West Hollywood ushered out. It doesn't take a historian to stand at the corner of Crescent Heights and Santa Monica (8151 Santa Monica Blvd., to be exact), and figure out that West Hollywood is in no way the cultural ambassador for the Strip. Its tailored streets eviscerated a culture that predated its incorporation in 1984. For better or worse, today it is pretty hard to fathom that a "rock club" ever existed where The Starwood did. 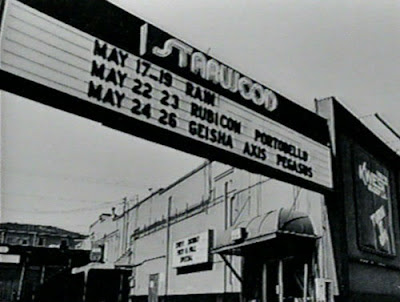 Did that say Rubicon? Didn't I see them at the California Jam II?

!!! I knew about The Starwood, but had no idea about the place where we misspent out youth.

Did you watch "Wonderland"? Reccommended.