You will be at the top of my Christmas list if...

You can find me an mp3 copy of the Wasilla Singers recording of "Jesus is inside me."
Posted by Gavin Elster at 7:58 PM 1 comment:

What the hell is live closed captioning good for? 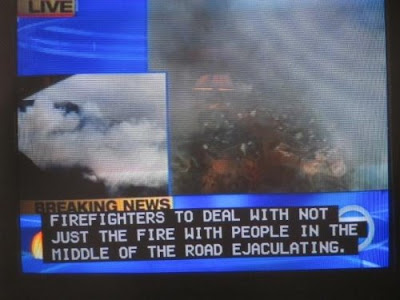 A laugh! Thats what.
Posted by Gavin Elster at 9:25 AM No comments:

We have a winner!

Thanks to Emmapeel007 and her amazing google skills.

Something you dont see every day. 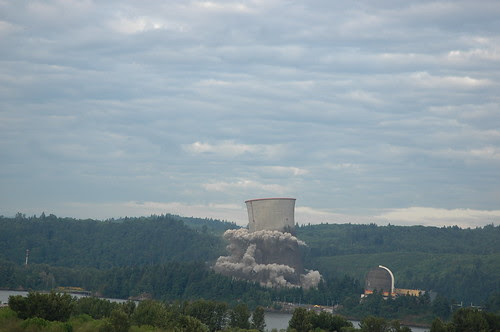 2, originally uploaded by angie.star.
Posted by Gavin Elster at 2:00 AM No comments: 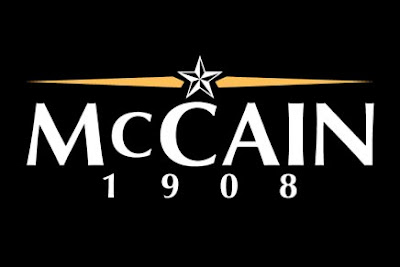 Posted by Gavin Elster at 11:42 PM No comments:

Urgent Plea! Does anyone have a copy?

The broadcast began with a crane shot through the trees in front of the Shrine. Commercial sponsors were given top billing, followed by the forecourt entrances of nominees Jodie Foster, Sigourney Weaver, Glenn Close, Tom Hanks and Edward James Olmos, who was with the person he portrayed, teacher Jamie Escalante. Presenters caught by the TV cameras as they showed up included "comedy legend" Lucille Ball and Allan Carr's friend, "beautiful and elegant" Jacqueline Bisset.
Army Archerd served double duty this year, interviewing arrivals and then participating in the opening of the show himself. Standing in the Shrine lobby, the columnist announced, "And now ladies and gentleman, here's one of the great legends of Hollywood. She's back with us tonight -- Miss Snow White." Portrayed by actress Eileen Bowman, this sparkinlingly dressed Snow White possessed a breathlessly screechy voice as she engaged in repartee with Archerd. "I'm a little late, though. Can you tell me how to get into the theater?" she asked. Archerd: "That's easy, Snow. Just follow the Hollywood stars." Echoed a munchkin-sounding chorus, "Follow the Hollywood stars." Indeed, two fantasy movies from the 1930s were being amalgamated; when the camera revealed Snow White's feet, she was wearing Dorothy's ruby red slippers from The Wizard of Oz.
Singing "I've Only Got Eyes for You," Snow White then went to the front row of the orchestra, where she forced a reluctant Michelle Pfeiffer to hold her hand. Martin Landau, Tom Hanks and Sigourney Weaver were in for the same treatment from the squeaking Snow. Vanity Fair observed, "The looks of horror on their faces were unforgettable." Snow's next stop was the Cocoanut Grove stage set where the featured attraction was talk-show host Merv Griffin, who enacted an even earlier incarnation of himself by singing a hit from his days as Freddie Martin's boy singer, "I've Got a Lovely Bunch of Cocoanuts." At Carr's night club that evening were 1985's Jean Hersholt Humanitarian winner Buddy Rogers, Roy Rogers and Dale Evans, Dorothy Lamour, Vincent Price and wife Coral Browne, Alice Faye, her ex-husband Tony Martin, and his current "beautiful wife," Cyd Charisse; each of them had approximately three seconds of air time before being unceremoniously whisked away from the camera. The impressario's supposed big coup never materialized; Swifty Lazar, on the counsel of George Stevens Jr., who had warned an appearance would be undignified, had come to his senses and stayed with his guests at Spago.
And the opening continued. Griffin addressed the fairy tale character, "Isn't it exciting, Snow? Isn't it thrilling? It gets better. Meet your blind date -- Rob Lowe." Looking as if he already realized this was a mistake, Lowe gamely joined his date in a duet of the Creedence Clearwater song "Proud Mary," with the new lyrics "Rolling, rolling, keep the cameras rolling." Meanwhile, heads popped out of the tables at the Cocoanut Grove as the furniture started dancing, joined by heavy-set waitresses wearing oversized Carmen Miranda headpieces. The Los Angeles Herald-Examiner's television reviewer Andy Klein said the dancers were "dressed like tropical mixed drinks," adding that "The whole production number resembled the sort of nightmare you might have after imbibing too many such drinks."
And the opening continued. The Cocoanut Grove was replaced by a replica of the Chinese Theater while an off-stage chorus trilled, "Dreams come true, dreams come true, in the Grauman's Chinese Theater!" Lowe kissed Snow on the hand and the chorus line of ushers made like the Rockettes, doing their kicks while singing "Hooray for Hollywood. " Johnny Mercer's original lyrics were replaced with the likes of "When you're down in the dumps/Try on Judy Garland's pumps."
Finally the opening concluded by going from Snow White to Cinderella: Lily Tomlin "accidentally" lost one of his shoes as she marched down a staircase to make a welcoming address. She seemed as agog by what had just transpired as the audience, noting that "More than a billion and a half people watched that. And at this very moment they're trying to make sense of it." Behind her, a stagehand could be seen retrieving her shoe. To the relief of all, the show cut to the first batch of commericals.
Posted by Gavin Elster at 11:22 PM No comments: 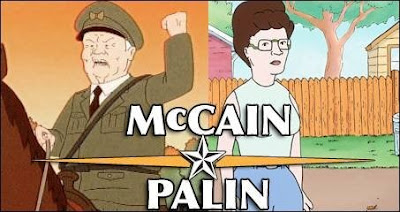 Posted by Gavin Elster at 11:14 PM No comments:

Can you tell the difference?

Yet another "what were they thinking?" Award show moment.

I finally got around to correcting this photo. 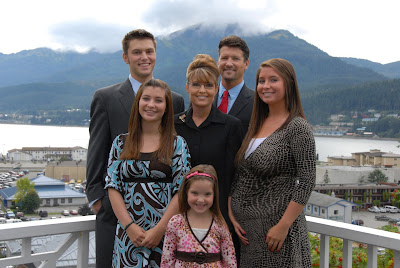 Labels: oh my water broke... time to get on a plane

Freestyle translated for your pleasure

Posted by Gavin Elster at 4:57 AM No comments:

How to avoid the "Bystander Effect" 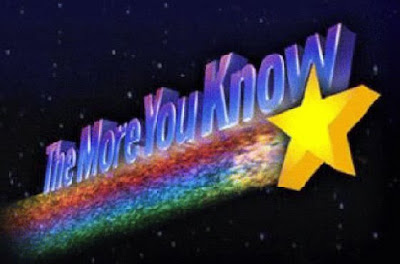 You'll get attacked and no one will help.

People are more likely to get involved if they are the only one witnessing a crime however if there is a large group the "Someone else can help" takes over. The end result is no one will help you. Not even me. I'll point and laugh.

If you are being attacked and you can see people around you single one person out. Yell "HEY YOU IN THE BLUE SHIRT CALL 911!"
It forces them, by embarrassment of inaction, to leap into action and help. It can also be an important motivator for others within earshot as they are now forced to help you fend off your attacker. Try not to insult the witness as that may not result in help and may even cause them to join in on the attack "Hey FATSTUFF in the blue shirt dial 911 FUCKO!" Would be an ineffective plea.

Remember this the next time you are in a shopping mall, Truck Stop, Strip Joint or prison-yard... Wherever you hang out.

It can help you survive the attack.
Posted by Gavin Elster at 5:47 AM 1 comment:

End your week with Bang

Enjoy this little kareoke number. Just sing along to the words. It's easy!

Posted by Gavin Elster at 10:42 AM No comments: 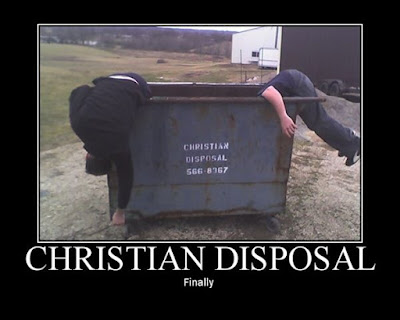 Posted by Gavin Elster at 9:08 AM No comments: 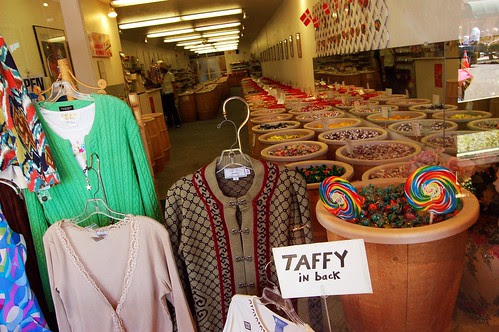 Taffy in Back, originally uploaded by Atwater Village Newbie.
Posted by Gavin Elster at 5:49 AM No comments:

All tucked behind Donna Summer.

Posted by Gavin Elster at 5:36 PM No comments:

Sarah Palin and the Beaver Round-up

It doesn't stop at Alaska 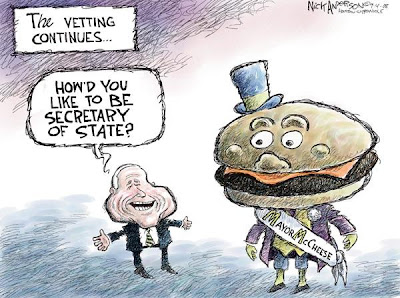 You Don't Have To Visit This Blog: The Sound Of Music (a.k.a., T'zlili Hamuzika) (1995 Israeli Cast) (Rodgers & Hammerstein)

You Don't Have To Visit This Blog: The Sound Of Music (a.k.a., T'zlili Hamuzika) (1995 Israeli Cast) (Rodgers & Hammerstein)
Posted by Gavin Elster at 8:05 PM No comments:

Posted by Gavin Elster at 2:12 PM No comments:

How to turn Levi into a creepy republican.

" Just place this under the boy's bed and he'll be one of us in the morning. Oh and did anyone remember to delete his MySpace account?"


Don't forget to stop by THIS Blog. It is a Goddamnnedhootandahalf.
Posted by Gavin Elster at 10:10 AM No comments:

Yes we've all seen it but listen closely this time.

"Three daughters and a son, born in a stable." 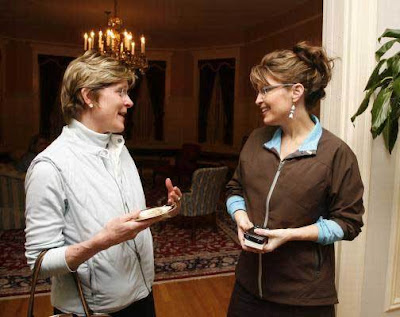 Oh and just to fuel the madness here is a picture of Sarah Palin just a few weeks before she went into labor in Texas
A few week before Her water broke and She drove out to DFW Airport to board a plane for Seattle, where she connected to another flight to Anchorage.
A flight in which the crew knew nothing of her condition nor did they detect she was in any stage of pregnancy.

(A check on Orbitz.com shows this one-stop itinerary to take anywhere from 9.5 hours to over 12 hours. That doesn't include wait time or travel to the airport.)

OK, so she makes it to Anchorage. What does she do THEN?

Well, instead of going to a hospital that has a neonatal intensive care unit (remember, she's in labor pre-term, and the baby has Down Syndrome), she drives an hour to the small town where she has influence. And voila! Baby born.

Was the baby's arrival listed on the hospital's web site, along with all the other deliveries?

Sarah Palin says her doctor was an "expert". OK. So, an expert in obstetrics and gynecology -- which are the experts who monitor pregnancies and deliver babies -- is an OB/GYN. Was Sarah Palin's expert -- for this pre-term delivery in an already higher-risk pregnancy -- an OB/GYN?

Was the doctor listed on the Mat-Su Regional Medical Center directory a few days ago?

Is she listed there now?

Has anyone seen a copy of the birth certificate of Trig Palin?

Not that anyone knows.

Was Bristol Palin out of school for the five months previous to the birth of Trig Palin?

Why was she out of school?

Supposedly for mono, which she quickly overcame immediately after the birth and became pregnant. (Again?)

Yeah...
the picture was taken a few weeks before this all happened.

Oh wait then there is this picture taken 3 weeks before the baby arrived. 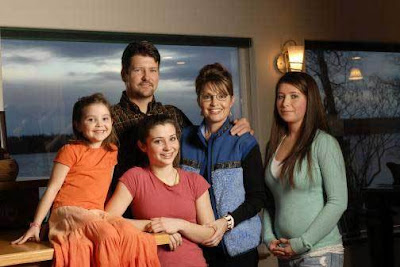 To be honest none of them look 3 weeks away from giving birth.
I think they snatched that baby! I think they were going to eat it and then this whole VP thing stopped them. For now.


By the way, how does a girl with MONO get pregnant? Way ta go MOM!
Posted by Gavin Elster at 8:42 AM No comments:

Posted by Gavin Elster at 5:59 PM No comments:

This is Soooooo Jane Lynch 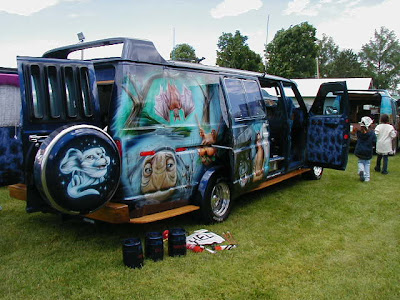 It was a Van Doncha know.


See the webpage here
Posted by Gavin Elster at 12:36 AM No comments:

Thanks to Kevin Kidney for posting this.

Lets hear it for the big freaky fountain!