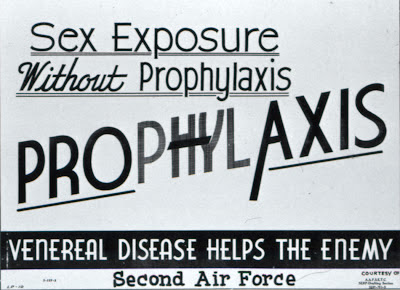 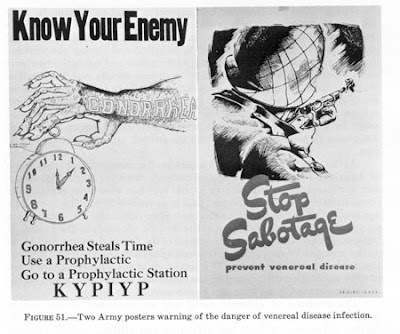 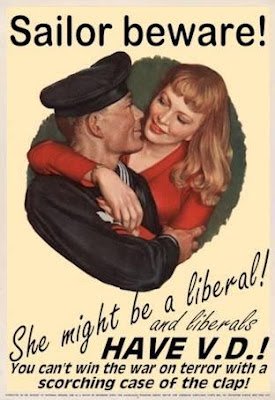 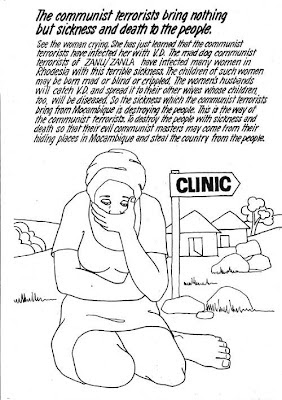 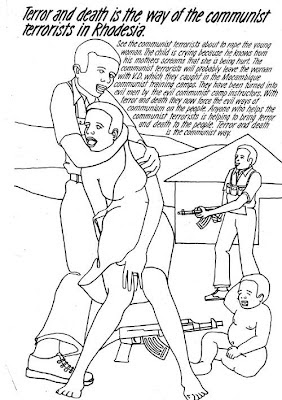 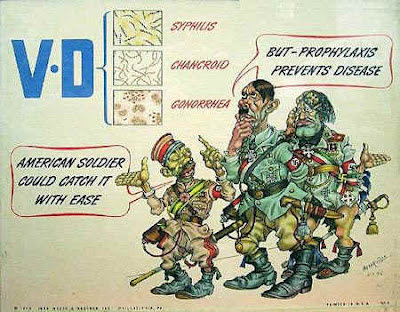 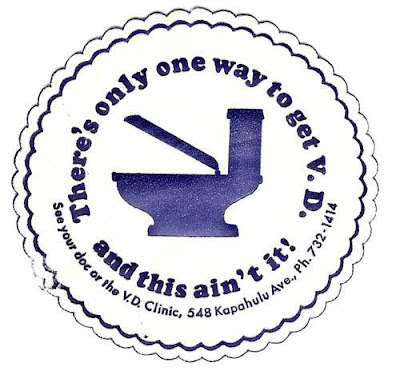 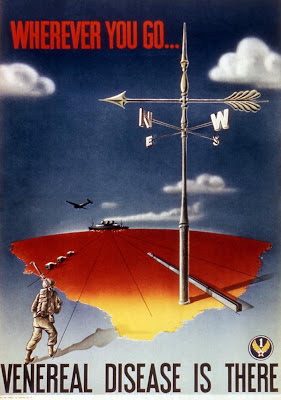 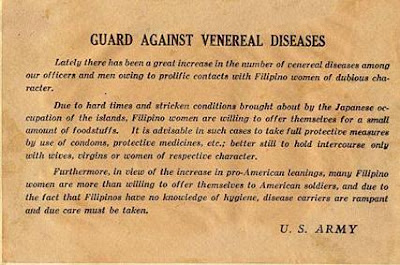 These are all so educational. I keep learning so much. Okay, I'll steer clear of those disease-infested liberal girls. However, most prostitutes I've met don't have letter A, letter B, etc on them. How am I supposed to know who they are? Do the girls further down the alphabet, prostitute S for example, also have the clap?

I thought they all had "A" stamped in red on their foreheads? I've never seen a scarlet "B"! Perhaps these hookers were part of a blind taste test?

These three floozies crack me up. They look like mutant lame Andrews Sisters. One leg shorter than the other. Hips displaced. Deviled eggs for heads.
Like The Residents, just replace eyeball with egg.

My favorite is the cocktail coster telling you to go to the Hounolulu clinic and get that V.D. you are about to get taken care of. Oh.. and letting you know you can stay on the toilet as long as you like.

Your VD ads reminds me of the hysteria of aids in 1983. Blame it on the Haitians? Doris Day kissing rock hudson? Bette Midler at the continental baths and she never became vocal about aids. Magic Johnson never had aids and it was just a marketing ploy to scare people. The list goes on and on. And dont forget Querelle (you only kill the ones you love)

Bill,
Your are spot on with that observation.

All this VD propaganda is making me itch.

I am thankful to the Juke Joint Sniper poster, which clearly indicates only "Shortys" are at issue. Larger girls are presumably clean and won't threaten your little soldier. Or maybe your big soldier... perhaps that's the type of "Shorty" at risk. In which case, I'll be the first to propose: Send Ron Jeremy To The Glorious Occupation Of Iraq.