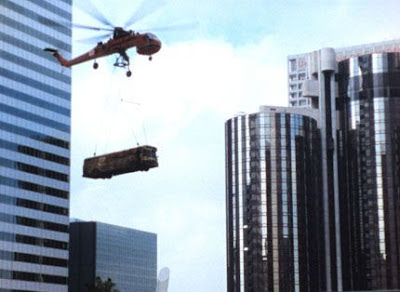 Los Angeles Plays Itself
Thom Andersen is a longtime teacher at the California Institute of the Arts, and his nearly three-hour documentary chronicling the relationship between Los Angeles and the cinema feels like an exhaustive and sometimes exhausting graduate-level course. Fascinating for anyone who loves either movies or the city, "Los Angeles Plays Itself" is a terrific cinematic essay that will have a very, very long shelf life.

Highly expansive in its approach and scope, Andersen's film is roughly divided into three parts, chronicling the city as a cinematic background; as a virtual character in films itself; and as the actual subject for such works as "Chinatown" and "L.A. Confidential." By the way, the filmmaker, like many of the city's residents, has little use for the common abbreviation of the city's name.

Utilizing clips from about 200 films, both famous and obscure, Andersen makes his arguments, ranging from the profound to the digressive, in informative and highly articulate fashion. His narration (vocally delivered in a sometimes-too-laconic mode by Encke King, seemingly channeling James Ellroy) ranges from the merely witty to the profound. A look at the use of the city's modernist architecture as locations for the homes of an endless parade of cinematic villains, for instance, starts out in jovial fashion before becoming a thoughtful philosophical examination of societal resistance to utopian dreams.

Sometimes, Andersen reaches too far in his arguments -- his laudatory treatment of Jack Webb and "Dragnet" is bound to raise some eyebrows -- and he doesn't entirely avoid repetition. But any thematic excesses can be excused by the sheer depth and breadth of his examination and by the fascinating clips that, among many other things, provide a vivid visual representation of the city, from its lost neighborhoods to its perpetual landmarks. 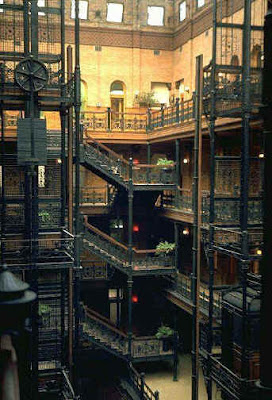