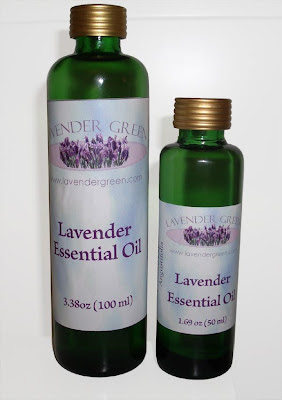 Lavender and Tea Tree Oils May Cause Breast Growth in Boys.
A study published in the New England Journal of Medicine suggests that repeated topical use of products containing lavender oil and/or tea tree oil may cause prepubertal gynecomastia, a rare condition resulting in enlarged breast tissue in boys prior to puberty, and for which a cause is seldom identified.

Researchers at the National Institute of Environmental Health Sciences (NIEHS), part of the National Institutes of Health (NIH), confirmed in laboratory studies what a pediatric endocrinologist at the University of Colorado at Denver and Health Science Center’s School of Medicine suspected after diagnosing three of his young male patients with prepubertal gynecomastia. The researchers found an association between the use of products containing these oils and the rare disorder, but cautioned more research is needed. At this point, the findings are only applicable to young males with unexplainable enlarged breasts who are regularly using products containing these essential oils.

The three otherwise healthy Caucasian boys, ages four, seven and 10 years, had normal hormonal levels when they were diagnosed with gynecomastia by Clifford Bloch, M.D., in Colorado. All had either used lavender-scented soap and skin lotions, or shampoos or styling products that contained tea tree oil and lavender oil as ingredients. In each case, several months after the suspected products were discontinued, the gynecomastia had subsided or resolved.

After Bloch discussed the cases with Korach, the NIEHS researchers conducted experiments using human cells to determine if the oils mimic the effects of estrogen, the female hormone that stimulates breast tissue growth, or inhibited the effects of androgen, the hormone known to control masculine characteristics and inhibit the growth of breast tissue. The researchers tested the ability of the oils to modulate or inhibit gene expression.

“The results of our laboratory studies confirm that pure lavender and tea tree oils can mimic the actions of estrogens and inhibit the effects of androgens,” said Korach. “This combinatorial activity makes them somewhat unique as endocrine disruptors.”

Bloch said the laboratory studies support his hypothesis. “Since there was no identifiable cause for prepubertal gynecomastia in the three patients we reported, we speculated that environmental factors might be contributing to their condition. Together, the case histories and NIEHS in vitro studies provide support for our hypothesis that topical exposure to lavender and tea tree oils likely caused gynecomastia in the three patients.”

The oils did not alter the levels of the usual forms of circulating estrogens and androgens in the boys. “We do not anticipate any long term effects on hormonal levels,” said Derek Henley, Ph.D., the lead NIEHS author on the study. It is unknown whether the oils have similar endocrine disrupting effects in prepubertal girls, adolescents or adults.

These essential oils might now be considered endocrine disruptors since they appeared to have caused an imbalance in estrogen and androgen signaling. Endocrine disruptors are naturally occurring compounds or synthetic chemicals that may interfere with the production or activity of hormones of the endocrine system leading to adverse health effects.
Posted by Gavin Elster at 12:52 PM

Boobies growth. Gynecomastia surgery you want to be. How mezdeği a doctor from Turkey
Jinekomasti