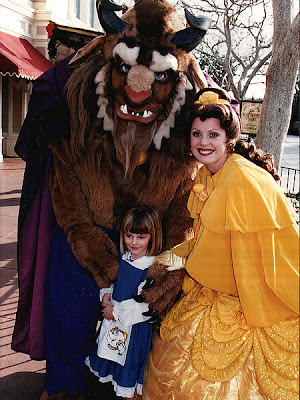 A 20-year-old Disneyworld cast member who portrayed the Beast (from Beauty and the Beast) and Goofy was arrested late Thursday on 51 felony counts of possession of child pornography. Matthew Wendland's "roommates" had "seen images through the doorway of his bedroom" and alerted police. Orange County deputies approached him at work and he agreed to accompany them to his home. Wendland reportedly admitted to possession of the images, and a search of his room turned up about a dozen printed computer pictures of children performing sex acts with over 1,000 more images on a CD-ROM disk in his closet.

Reportedly, the 6-foot-4, 150-pound actor had images of children of both sexes as young as 3, ranging all the way up to adults. Sex Crimes Sgt. Rich Mankewich told reporters that Wendland "doesn't see the difference between a naked 8-year-old and an 18-year-old woman." Doctors will examine other photos to determine the ages of other children depicted in the images, after which more charges may be filed. The review will also include additional hard drives recovered during the search. 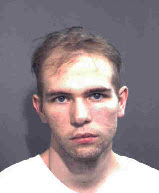 Wendland apparently downloaded all of the images off of the Internet, and there is no indication that he acted on any impulses other than viewing the images. Disney performs background checks on all employees, but he had no record of any criminal behavior when he was hired last July. No complaints had been filed against him at the park, according to Disney, though he has now been suspended without pay pending the outcome of the charges.

Wendland was released on $8,500 bond on Friday after spending the night in the Orange County Jail.
Sounds like someone pissed off the roommates.
Posted by Gavin Elster at 11:57 AM