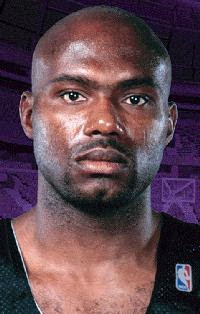 
The NBA has kicked Tim Hardaway to the curb in the wake of his recent anti-gay remarks during a radio interview. This means the former Miami Heat guard’s scheduled appearances on behalf of the league during All-Star weekend have been cancelled.
"It is inappropriate for him to be representing us given the disparity between his views and ours," NBA commissioner David Stern said in a statement Thursday. Hardaway’s All-Star ban comes after the retired player released a statement apologizing for his remarks during the interview on Miami’s Dan Le Betard Show on 790 The Ticket. When the former athlete was asked about the recent coming out of ex-NBA player John Amaechi, Hardaway responded:

In Hardaway’s "apology" (an apology is a lie spoken in order to save your income) issued Thursday by his agent, he said:

"As an African-American, I know all too well the negative thoughts and feelings hatred and bigotry cause. I regret and apologize for the statements that I made that have certainly caused the same kinds of feelings and reactions. I especially apologize to my fans, friends and family in Miami and Chicago. I am committed to examining my feelings and will recognize, appreciate and respect the differences among people in our society," he said. "I regret any embarrassment I have caused the league on the eve of one of their greatest annual events."

Amaechi, who detailed his life in his recent autobiography "Man in the Middle," has responded to the Hardaway drama with disappointment.

Amaechi taped a spot Thursday for PBS' gay and lesbian program "In the Life." He said the anti-gay sentiment remains despite Hardaway's apology.

"It's vitriolic, and may be exactly what he feels," he said. "Whether he's honest or not doesn't inoculate us from his words. It's not progress to hear hateful words."

Hardaway represented the NBA in Las Vegas this week at a Habitat for Humanity event and a fitness promotion. The former U.S. Olympian was originally scheduled to be an assistant coach at a wheelchair game Thursday night and later appear at the fan-oriented Jam Session.

Oh what to do now Mr Hardaway? Oh I know send a letter to (WHISPERS)

While your rage and hatred are impressive we have canadates that are better suited for the position.

Well I'm outta ideas. But there are 33 states that will welcome you with open arms.
GOD BLESS AMERICA!
Posted by Gavin Elster at 9:04 AM

How dare the NBA drop Tim! HOW DARE THEY?! The man is only expressing what many feel about homosexuality, the vile filthy godless creatures that they are!

It's so strange that Hardaway would be so anti-gay when his song "What is Love?" has been embraced by the gay community.