Stanislaus "Stanley" Berent was born to a Polish Catholic family in Pittsburgh, Pennsylvania, on November 24, 1899. The exact cause of his peculiar deformity remains unknown, as phocomelia (literally "seal arms") is usually linked to exposure to thalidomide, which did not appear on the market until half a century after Berent was born.
Sealo is said to have been discovered on a streetcorner selling newspapers, thus beginning an illustrious 35-year career. Sealo would appear with every major sideshow in the United States. He spent the longest time with Pete Cortes, who shared Sealo's passion for playing cards and was said to spend hours backstage playing rummy with him. He was beloved by his colleagues, who remember him as a smiling and congenial man.

Sealo appears to have had some orthopedic problems in addition to having deformed arms. He had a hard time getting on and off the stage and would therefore spend hours at a time onstage, selling pitch cards. He also preferred to sleep in hotels, instead of on the fairgrounds, and took a taxi to and from work every day. His act consisted of everyday tasks such as sawing a board, shaving, and autographing his publicity photo. When he was unable to reach something with his hands - such as the zipper on his pants - he used a stick with a hook attached.

Perhaps the most memorable moment in Sealo's long career came in 1972, when a group of freaks with Ward Hall's show came under attack from politically correct reformers who cited a 1921 Florida law that banned the exhibition of the handicapped. Sealo, along with Pete Terhurne and others, sued the state to have the law overturned. A few years later, in 1976, Sealo retired to the International Independent Showmen's Association retirement center in Gibsonton. When his health began to decline, he returned to his native Pittsburgh and checked in to the local Catholic hospital. He died in 1980 and is buried in a Catholic cemetary. 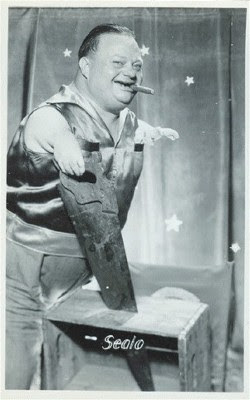 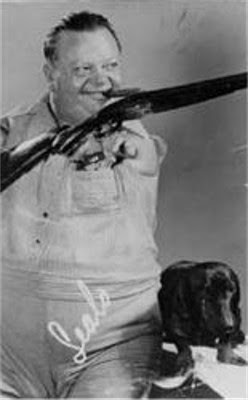 Well, I guess he'll never have to worry about being Master of His Domain.