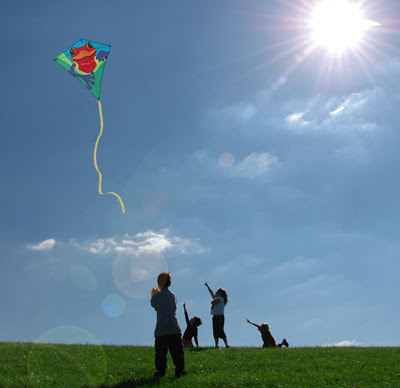 February 27, 2007
At least 11 people died in an annual two-day kite festival in Punjab Province. Officials said two died after their throats were cut by kite strings made of wire, used to damage rival kites. Five died after being hit by celebratory gunshots, and two people were electrocuted trying to untangle kites from overhead power cables. Two others fell from roofs. The police arrested more than 700 people for using sharpened kite strings or firing guns. The authorities had temporarily lifted a ban on kite-flying that was imposed after deaths at last year’s festival.

At LEAST 11 people were killed. There could be more on this deadly Kite flying festival.


This is a scene straight out of a spy film to be sure.
Posted by Gavin Elster at 11:44 AM