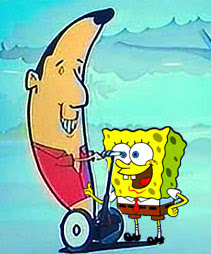 A conservative Christian group charges that a popular, happy yellow cartoon figure is part of a conspiracy to promote a homosexual agenda.


At a black-tie party for President George W. Bush’s inauguration, Dr. James Dean, founder of Focus on Family and a former sausage stuffer, spoke out about the insiduous nature of the beloved animated Bananagrabber. Week after week, dozens watch the animated banana snatch bananas from other forest creatures.

While children love the giant banana’s antics, Dean says the Bananagrabber actually represents a Doberman with its ears cut off. His attempts to grab other bananas are just “a transparent manifestation of his homoerotic desires.” Dean asks, "Why would a banana grab another banana? I mean, those are the kind of questions I don’t want to answer." 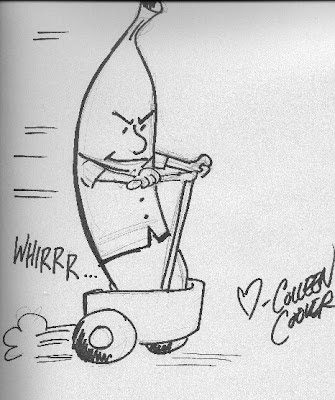 In addition, Dean cites the oversized banana’s lisping as one of its many homosexual tendencies. He says the banana’s catchphrase “Look a seagull” is a clever reference to Anton Chekhov’s play: The Seagull has been embraced by liberals for exploring the theme of forbidden love.

The cartoon’s creator, George Oscar Bluth II, could not be reached for comment. However, the cartoon’s producer, D. Nile Rogers, scoffs at the accusation. “I don’t know what sort of illusion this guy is trying to pull, but it’s just a amateurish attempt at diversion. I mean, come on!”

According to Dean, Focus on Family believes the banana grabbing scenes should be replaced with “playing grab ass in the shower.” But he hastens to add that the animators should stay away from graphic depictions of those scenes, such as the one with Frightened Inmate #2. “They must be never nude.” 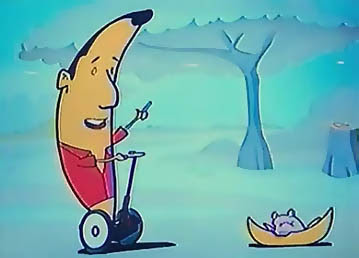 Ok maybe there was something to this ARRESTED DEVELOPMENT. I despise comedy that uses the limitations of its venue to convey "a joke." ARRESTED DEVELOPMENT had struck me as that type of comedy.
I just may be mistaken.
Posted by Gavin Elster at 2:45 PM

I know I'm turned on by the whole cartoon, so yeah, they are right. It is homoerotic.

And someone git me a banana and a sponge please.