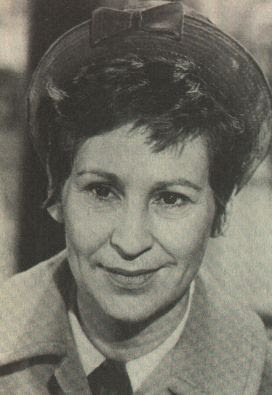 Alice Ghostley, the Tony Award-winning actress best known on television for playing Esmeralda on "Bewitched" and Bernice on "Designing Women," has died. She was 81.

Ghostley died Friday at her home in Studio City after a long battle with colon cancer and a series of strokes, longtime friend Jim Pinkston said.

Ghostley made her Broadway debut in "Leonard Sillman's New Faces of 1952." She received critical acclaim for singing "The Boston Beguine," which became her signature song.

Miles Kreuger, president of the Los Angeles-based Institute of the American Musical, said part of Ghostley's charm was that she was not glamorous.

In the 1960s, Ghostley received a Tony nomination for various characterizations in the Broadway comedy "The Beauty Part" and eventually won for best featured actress in "The Sign in Sidney Brustein's Window."

i thought witches lived forever. i guess salem was wrong