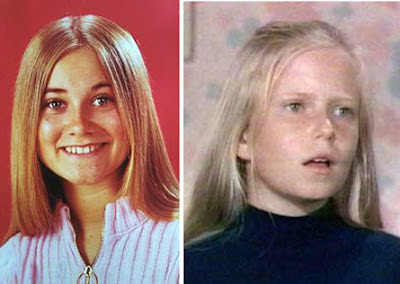 I'm sure We'll have a few leaked items before Eve Plumb's book is released next year. I can't wait to find out just what exactly went on between the two one screen sisters. Apparently they were a little more friendly then we were ment to believe.

Eve has claimed that there was a little messing around while filming the Brady Bunch series.

Just how lame were the Brady boys if they had you dreaming of Jan & Marsha?

Marsha wore the strap-on though.