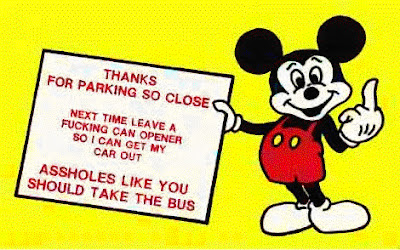 Hong Kong Disneyland on Saturday shut its Autopia driving ride after one of its vehicles derailed from a fixed track, a spokeswoman said Saturday.

Park spokeswoman Glendy Chu said the accident occurred when the driver, a young woman, hit one of the barricades surrounding the track. She said the woman was not injured.

Hong Kong Disneyland, which is a joint venture between the Hong Kong government and the Walt Disney Co. (DIS), opened in September 2005 and the Autopia ride opened in the summer of 2006.
Posted by Gavin Elster at 9:29 PM

I've tried for thirty years to get the autopia cars to jump the tracks. no luck.

I'm amazed that this is even possible. That means that there is a possibility that one of these cars can come off the track and sink into the unused motorboat swamp. That just adds a whole new exciting dimention to this ride.