Thanks to Wat for handing this article over. 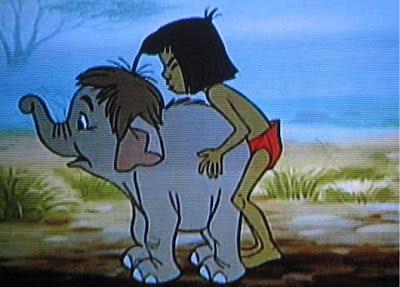 Workers at a Chinese factory making Disney toys are overworked, underpaid, exposed to dangerous toxins and forced to live in filthy conditions, a labour rights group said in a report Wednesday.
The study, released on the second anniversary of the opening of Hong Kong Disneyland, said factory workers complained they were forced to work 28 days a month and up to 15 hours a day. (Park workers work less than 40 hours a week and are not eligible for benefits.)

Staff at Haowei Toys in southern China also are not allowed to take time off during peak seasons, according to the report released by the Hong Kong-based Students and Scholars against Corporate Misbehaviour (SACOM). (Park employees get just get sacked and replaced by another corn fed drone.)

"The conditions at Haowei reflect the failure of the Disney system to monitor and respond effectively to violations of the Disney code of conduct and the workers' rights the code professes to defend," the report said. (Disney Code o' WHAT? Ask any Disney employee and they'll tell you they wouldn't expect anything less.)

About a dozen activists staged a protest outside the theme park, waving a banner that read "No Disney Sweatshop Toys" and urging the US entertainment giant to improve working conditions. (No one cared.)

Staff are paid 2.5 yuan (32 US cents) per hour, 62.5 percent of the legal minimum wage of 4.02 yuan, while overtime premiums are also below the minimum required by law, said the report compiled from interviews with 35 employees. (Those people will be let go or killed)


The study charges that managers fine workers five yuan for toilet breaks that exceed five minutes and 10 yuan for refusing to do overtime work. (A welcome plan for workers in the park.)

The report also said workers in the paint spraying and pad printing departments complained that they were sometimes breathing in chemical and paint fumes for hours due to poor ventilation, exposing them to health risks. (Unlike the park where the smell of churros and vomit and curdling breast milk left in strollers baking in the hot sun are a free part of the whole experience.)

The employees are not given insurance against work injuries, nor are they granted pensions, the study said. (Same as the park cast members)

The report includes pictures of filthy communal toilets in the staff dormitory, saying pipes are often blocked, causing waste to spill out. (um... Park bathrooms are not much better and people pay to have access to them.)

Walt Disney said it takes "claims of unfair labour practices very seriously, and (will) investigate any such allegations thoroughly". (Walt is dead and he said no such thing.)

It admitted its own investigation had revealed violations at the Haowei factory, adding that action would be taken to rectify the problem.

"Disney is currently working on a factory remediation plan with the licensee who has placed orders with this factory," it said in a statement.

Hong Kong Disneyland, which opened on September 12, 2005, is struggling to attract visitors. The park would not disclose attendance numbers and would only say it has been given consistently high guest satisfaction ratings. (the 5 people who could afford to go there loved it.)
Posted by Gavin Elster at 1:27 AM

I handed the article, but not that picture, which is a bit racy!

Hell he is fucking the holy bejeebus out of that lil' baby elephant!