So the little bastard in the basement has ventured into the house. Thanks to my handy portable "Dateline" jizz detector. (a foot and a half florescent Black Light) I have found the creep. Yes, its true, Dale Grivel has actually taught me something. Rats will leave a trail that is visible under black light. I can see where he came in. He came in via a gap in an access door in the pantry. His route was straight to the catfood. The cat, Pen, and I were sleeping on the couch and about 245am we both sat up because we heard something crunching the catfood. I ran in to hear a THUMP. I didnt see anything but the thump came from the back of the fridge. I looked and didnt see anything. So I sat with the lights off motionless for two hours waiting for the crunching of cat food. Pen was no longer interested and fell asleep on the couch. I finally heard a loud thump and flicked on the flashlight and saw it peeking out from the bottom of the fridge. BASTARD!
I panicked and got the Raid and sprayed it all around the fridge screaming "DIE DIE DIIIIIEEEEE" (I'm sure the neighbors heard) Then I got the extra rat traps from the basement and placed it out of cats reach behind the fridge.(BTW one of the traps was baited in the basement but somehow the bait was eaten and the trap was not sprung. This may be a very smart rat.) It is inside the damn fridge! How the hell do I get it out? I plugged up his escape route and I checked with the black light just before sun up and he hasn't left the fridge. Dear god I hope the bug spray didn't kill it. I hope the neck snapping traps do.
I have been up all night trying to kill this thing. I dont want to empty the food out and tip the fridge over but... It feels like I just might have to do that.
Scummy diseased fucker. I will kill you!
I'm just sitting here waiting for the whoosh snapsqueal of ye olde rat trap.
So tired yet need to kill intruder greater than need for sleep. Just die already. 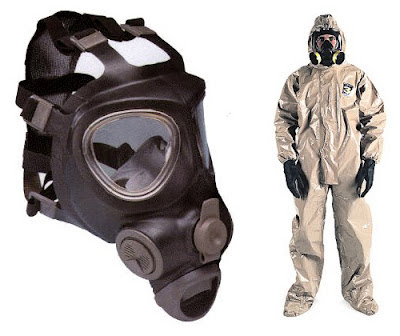 Oh how did I know I had rat in the basement? Well We did a film last year and their was some left over fake blood. I wanted to save it for Halloween to pour over the graveyard body bits. So I had it down in the basement. This is expensive crap because it sort of clots like blood and gets darker. So it WAS down there with a few bloodied body bits. You know how you hear stories of rats chewing thru lead pipes to get at the sewer water inside? Well this damn rat chewed thru all my bottles of fake blood and drank it. ALL OF IT! he then proceeded to eat the blood off the body bits. This is why I put traps down there and I thought the lil vampire was gone. Nope, he just moved in with me upstairs. I want to hose out the house and disinfect everything. Trap Please PLEASE work.
Posted by Gavin Elster at 10:10 AM