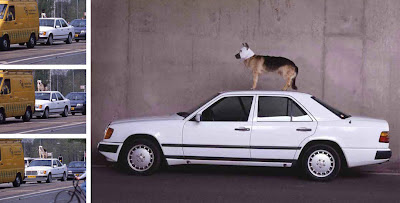 The incident: dog excrement found on the roof and windows of the Romney station wagon. How it got there: Mitt Romney strapped a dog carrier — with the family dog Seamus, an Irish Setter, in it — to the roof of the family station wagon for a twelve hour drive from Boston to Ontario, which the family apparently completed, despite Seamus's rather visceral protest.

Massachusetts's animal cruelty laws specifically prohibit anyone from carrying an animal "in or upon a vehicle, or otherwise, in an unnecessarily cruel or inhuman manner or in a way and manner which might endanger the animal carried thereon." An officer for the Massachusetts Society for the Prevention of Cruelty to Animals responded to a description of the situation saying "it's definitely something I'd want to check out." The officer, Nadia Branca, declined to give a definitive opinion on whether Romney broke the law but did note that it's against state law to have a dog in an open bed of a pick-up truck, and "if the dog was being carried in a way that endangers it, that would be illegal."
And while it appears that the statute of limitations has probably passed, Stacey Wolf, attorney and legislative director for the ASPCA, said "even if it turns out to not be against the law at the time, in the district, we'd hope that people would use common sense...Any manner of transporting a dog that places the animal in serious danger is something that we'd think is inappropriate...I can't speak to the accuracy of the case, but it raises concerns about the judgment used in this particular situation."
Ingrid Newkirk, president of People for the Ethical Treatment of Animals, was less circumspect. PETA does not have a position on Romney's candidacy per se, but Newkirk called the incident "a lesson in cruelty that was ... wrong for [his children] to witness...Thinking of the wind, the weather, the speed, the vulnerability, the isolation on the roof, it is commonsense that any dog who's under extreme stress might show that stress by losing control of his bowels: that alone should have been sufficient indication that the dog was, basically, being tortured."

Romney, of course, has expressed support for the use of "enhanced interrogation" techniques when it comes to terrorists; his campaign refused to comment about the treatment of his dog.

As organizer of the Salt Lake City Olympic Games, Romney came under fire from some animal welfare groups for including a rodeo exhibition as part of the Games' festivities. At the time, he told protesters, "We are working hard to make this as safe a rodeo for cowboys and animals as is humanly possible." 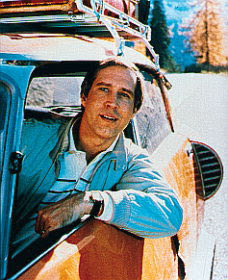 Romney with his sprayed and died tresses and lobotomized expression deserves all the bad press he gets on this. Forever on, when his name is evoked, we won't think of GQ but PU and Chevy Chase.