Yeah but which one? 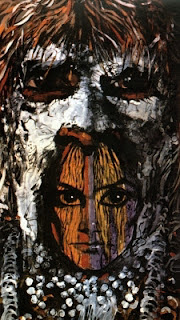 I stumbled across a great website dedicated to THE NIGHT GALLERY series. On my other defunct site I posted some pictures from off of this great webspot. While it is not my favorite anthology series it did have its moments. It also contained the peak of JENNOT SZWARC's directing career. Pity too. He went on to direct several other things (Jaws 2 for example) and he just couldn't get the suspense back into his projects.
The amazing thing about this series is the history behind it syndication. There were not enough episodes created to make a full syndication package so the episode were cut down from 60 minutes to 30 minutes and new openings were filmed. New introductions from Rod Serling. Also it seems the DVDs do not contain correctly restored episodes. Some sequences are out of order and it appears footage was not included. Its confusing considering that some segments were too short for a 30minute cutdown so they were padded out with outtakes to bulk them up. Other segments were to long and cut down. So peoples memory of this series all depends on when and where you saw it.
Click on the title of this post to be taken to THE NIGHT GALLERY
Posted by Gavin Elster at 11:55 AM