Genesis of the retard genre 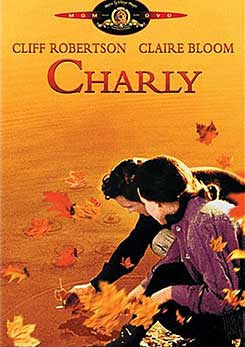 At what point did the average actor think that playing a person with disabilities was a sure fire hit and a career booster? 1968. That's when it all started. Cliff Robertson won the Academy Award for CHARLY. You know damn well it is said in every pitch meeting for the new "retard" movie "It'll be th next CHARLY. It'll bring tears to there eyes."
Tears of Laughter and/or Hatred.

After his Ocscar winning performance in CHARLY Robertson was one of the darlings of Hollywood. Until... he discovered that the studio was perpetrating a tax fraud on the government. Instead of remaining silent, he told everything and was blackballed by the community. Where once there were agents knocking on his door, now there were none and he did not work for quite some time. True to his Calvinist upbringing he maintained the truth at all costs, and after several years of turmoil he got his footing back.


Charly (also spelled ChaЯly) is a 1968 film which tells the story of a mentally retarded bakery worker, who becomes a subject of an experiment to increase his mental capacity. After he reaches genius level, he realizes that the treatment is temporary, and that he will soon revert to his previous mental ability. It stars Cliff Robertson, Claire Bloom, Lilia Skala, Leon Janney and Dick Van Patten.

The movie was adapted by Stirling Silliphant from the novel Flowers for Algernon by Daniel Keyes. In turn, the novel was based on a short story of the same title, by the same author. The movie was directed by Ralph Nelson.

Cliff Robertson won the Academy Award for Best Actor in a Leading Role for his work in this movie.

Robertson had appeared in many television versions of screenplays that had gone on to be made into movies starring other actors (most notably Days of Wine and Roses, which had starred Jack Lemmon). When he starred in the The Two Worlds of Charly Gordon, a 1961 television adaptation of Flowers for Algernon, he bought the movie rights so that he would be certain to star in the film version as well.

There are thousands upon thousands of people who are differently abled, all can emote far better than any actor. just ask their caregivers.
Posted by Gavin Elster at 10:24 AM

Good post.
I never knew that about him and I dont remember the film.