No Roger its MISS Bugs Bunny! 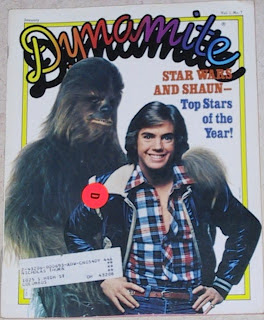 Where the hell is the TV movie LIKE NORMAL PEOPLE?
Not on DVD thats fo sho.
Based on a true story, the made-for-TV Like Normal People is THE story of a romance between two mentally challenged adults. In his first dramatic acting appearance, Shaun Cassidy plays Roger Meyers, a mildly retarded man who, while living in a home for the handicapped, falls in love with another resident, Virginia Rae Hensler (Linda Purl). Despite the fierce opposition of their parents--not to mention one of the administrators, who regards such a union as "a social obscenity"--Roger and Virginia are determined not only to marry, but to raise a family. Virtually their only ally is teacher Bill Stein (Zalman King yeah... thats right. The softcore porn King), who formulates a stringent training program to show the couple the obstacles that they will face, and must overcome, in their future lives. Like Normal People made its ABC debut on April 13, 1979, a scant three weeks after the broadcast of the similarly themed No Other Love.

Man I miss that movie!
Shaun Cassidy and Linda Purl play ROGER and VIRGINA two bucketheads-who-clearly-are-not-retarded-but-simply-act-fuckin-stupid-as-shit folk who fall in love and want to make babies.
Roger works at LOVES ribs and claims he has an eleven year old girlfriend while Virgina delights neighbors with tales of the doctors forceps causing her retardation. It all starts with Hope Lange reading a poem that Roger wrote about his BIG RED PENCIL. What a Train Wreck! If anyone has a copy of this film please PLEASE dear god I have to have it!
Posted by Gavin Elster at 1:42 PM

I've got it on VHS around here somewhere. It show up on cable occasionally. I'm pretty sure my copy was from Cinemax.

This movie is so GREAT! Provided many great one liners for my sorry 6th grade ass back in the day.

Well, an old friend is coming to visit (we shared a fondness for this film) and I've been trying to track down a copy. We are now approaching 40, but we'll certainly act like 10 year olds during our private viewing.

You can get it here:

Separately, there is another made-for-tv movie that I highly recommend:

"Riding the Bus With My Sister", starring Rosie O'Donnell ... search youtube for clips.

We've long been inspired by urban art and have finally created a collection that pays homage to this secret addiction of ours!