A new copy of Forbidden Zone. 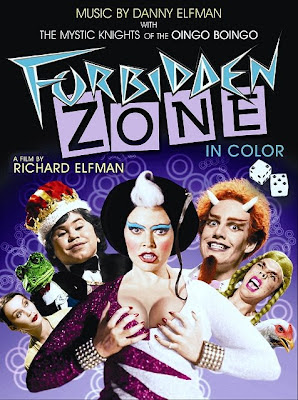 The cult favorite has just undergone the "It's a wonderful life" treatment and is now in full blown color.
I'm a fan of Richard's film so I had to ask whats up with this color version. It is indeed a new process done by Legend Films. They have been screwing up black and white films for years but they got their big break on the Aviator. They colorized old stock footage and it was included seamlessly into the film. Now they are using their new colorization process on THE FORBIDDEN ZONE. 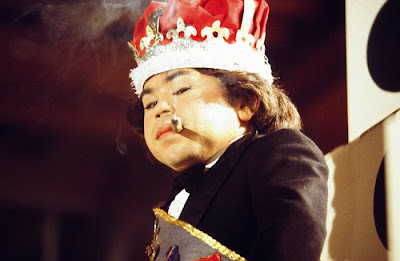 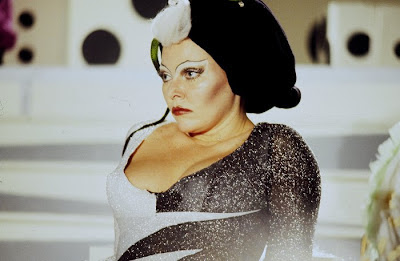 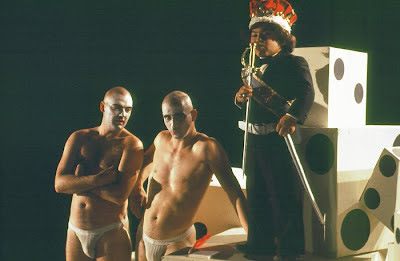 Be the first to see THE FORBIDDEN ZONE now in color.
8:00 PM WEDNESDAY JULY 30th at the Egyptian Theater.
Richard Elfman will be there along with some "special" guests.
This is a 2k digital screening in six channel surround.

For those of you that have never seen this film:

Danny Elfman cut his filmscoring teeth on this one. This is his first film score.
Forbidden Zone's Queen Doris is noted to be the favorite role of actress Susan Tyrell.
There is a nice homage to Forbidden Zone in A Nightmare Before Christmas.
It was a no budget film.
It was made into a stage musical.
Bette Midler's husband is one of those guys in the jock straps pictured above. Not sure which one as they look the same to me. 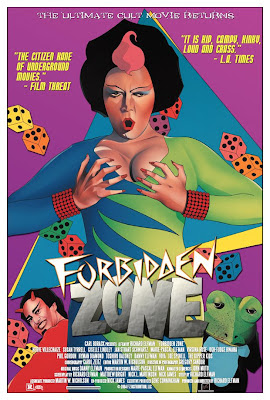 I've always wanted to see it and now more than ever. Thanks for reminding me this gem exists.