It was obvious something was wrong moments after detonation.

The Gnome Nuclear Test Site is the location of a 1961 underground nuclear test conducted by the Atomic Energy Commission. This was the first test in the Plowshare Program, a program to develop peaceful uses for nuclear weapons. The Lawrence Radiation Lab (which later became Lawrence Livermore National Lab) designed this test, which was to have many physical experiments associated with it, including the collection of isotopes, and to study the possibility of using nuclear explosions to generate electricity.
The test, one of two large-scale underground nuclear tests in New Mexico, was conducted 1,200 feet below the surface in a salt deposit. The nuclear device was placed at the end of an underground corridor over 1,000 feet long. 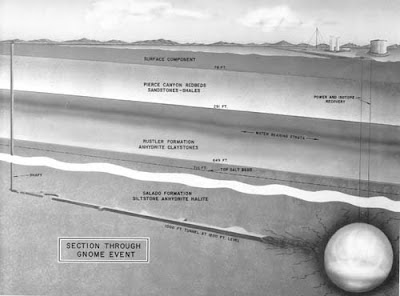 When detonated, the device created a cavity 164 feet long and 72 feet high. 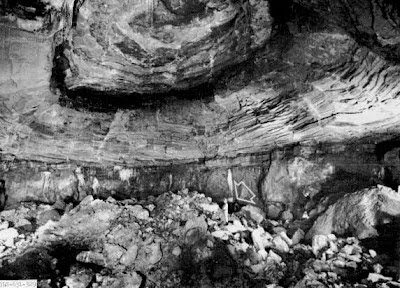 A stream of radioactive smoke and steam flowed out of the shaft and ventilation lines, and formed a radioactive cloud that traveled northwards (and was detected, by some, as far away as Kansas).The Gnome device was detonated at noon local time with a yield of 3.1 kilotons. Although it had been planned as a contained explosion, the detonation resulted in venting to the atmosphere. Smoke, steam and radioactive material began venting from the top of the access shaft (1100 ft southwest of the underground detonation) 2 to 3 minutes after the detonation. Significant venting continued for about 30 minutes and then began to decrease gradually. Even though workers entered the chamber just a few months after the blast, the cavity remains highly radioactive to this day. The surface of the test site is now used to graze cattle, and the same salt formation is now the location of the Waste Isolation Pilot Plant, eight miles north of the site.


How to Get There

From Carlsbad, New Mexico, go south on U.S. Highway 285. Before reaching Loving, New Mexico, go east on Route 31. When you reach the Route 128 Junction, make a right and head east. Proceed for 7.3 miles then make a right on Eddy County Road 795, also called Mobley Ranch Road. After 6/10's of a mile you'll notice 795 makes a dead end fork to the right, ignore it and continue straight ahead. After 4.4 miles a small dirt road appears on the left. Turn there and proceed east about 1/10 - 2/10's of a mile to the marker. 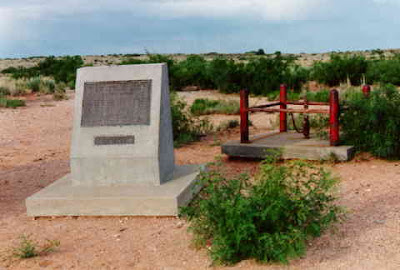 I have about 1,052 other US tests to feature so expect to see this every Wednesday until I get bored of posting.