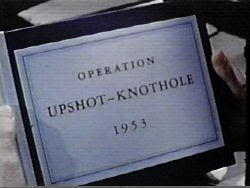 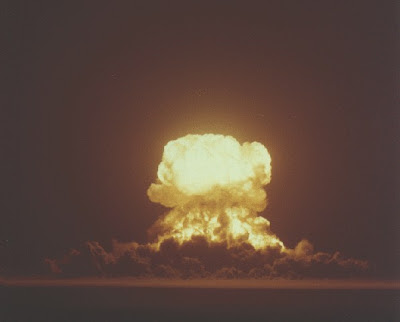 This device, known as HAMLET, was designed by Ted Taylor at Los Alamos and holds the distinction of being the most efficient pure fission design with a yield below 100 kt ever exploded (the most efficient fission weapon of any size was the 500 kt Ivy King also designed by Taylor). This implies an unusually effective compression of the fissile material. The design is noted as being a test of a new hollow core design. It may be that this was the first device to use a hollow core, earlier levitated core devices being solid cores suspended inside a hollow tamper. It is also possible that a two stage levitation scheme may have been used to further intensify the shock compression. Predicted yield was 37 kt. 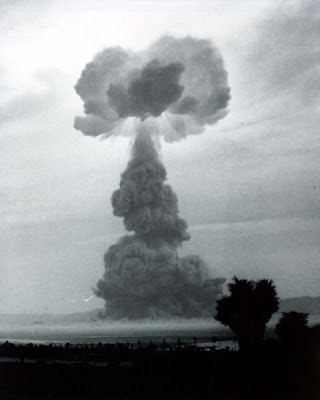 HAMLET used the TX-13D heavy weight strategic bomb design. The system was 56 inches in diameter and 66 inches long and weighed 7000 lb (without the outer bomb case), full weight was 8000 lb. A betatron was used for initiation. This design was never deployed because the design optimization chosen - using a large heavy bomb to get an efficient yield out of a small amount of fissile material - was obsolete in an era of rapidly expanding fissile material supply and with thermonuclear weapons nearing deployment status.

The Harry shot is notable for another reason. It resulted in the heaviest contamination of "downwinders" - civilians living downwind of the Nevada test Site - of any U.S. continental test, as measured by external gamma ray exposure.

For the period up to the end of 1958 (through Operation Hardtack II) it is estimated that a cumulative total of 85,000 person-roentgens of external gamma ray exposure occurred. Of this, Harry contributed 30,000 by itself. 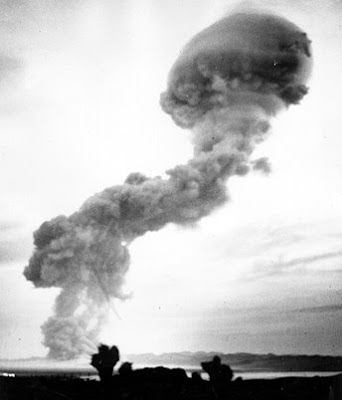 137 miles downwind of the test area, in a location called Snow Canyon, the Howard Hughes film entitled "The Conquerer" was being filmed. Director Dick Powell , cast and crew went about their business as if this were any other film set. They had no idea how this experience would profoundly affect their lives. They were aware of the testing even to the point of John Wayne having a geiger counter on set however, at that time, no one really knew the effects radiation could have on a human being. 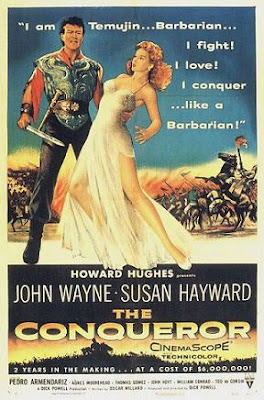 The set was contaminated by nuclear fallout. After location shooting, an estimated 60 tons of dirt from the location was transported back to Hollywood in order to match interior shooting done there. Scores of cast and crew members developed forms of cancer over the next two decades, many more than the normal percentage of a random group of this size. Quite a few died from cancer or cancer-related problems, including John Wayne, Susan Hayward, Pedro Armendáriz (who shot himself to death soon after learning he had terminal cancer), Agnes Moorehead, Thomas Gomez, John Hoyt and director Dick Powell. People magazine researched the subsequent health of the cast and crew, which it published in November 1980. By the time of the article's publication, 91 of the 220 members of the film's cast and crew had contracted cancer, and half of these had died from the disease. The figures did not include several hundred local American Indians who served as extras on the set. Nor did it include relatives who had visited cast and crew members on the set, such as the Duke's son Michael Wayne. The People article quoted the reaction of a scientist from the Pentagon's Defense Nuclear Agency to the news: "Please, God, don't let us have killed John Wayne".

For this reason alone this test has since been known as "Dirty Harry."
Posted by Gavin Elster at 12:00 AM

I always thought John Wayne had died of cancer due to lots of smoking or drinking! DAMN! Pedro shot himself? GOOD LORD!